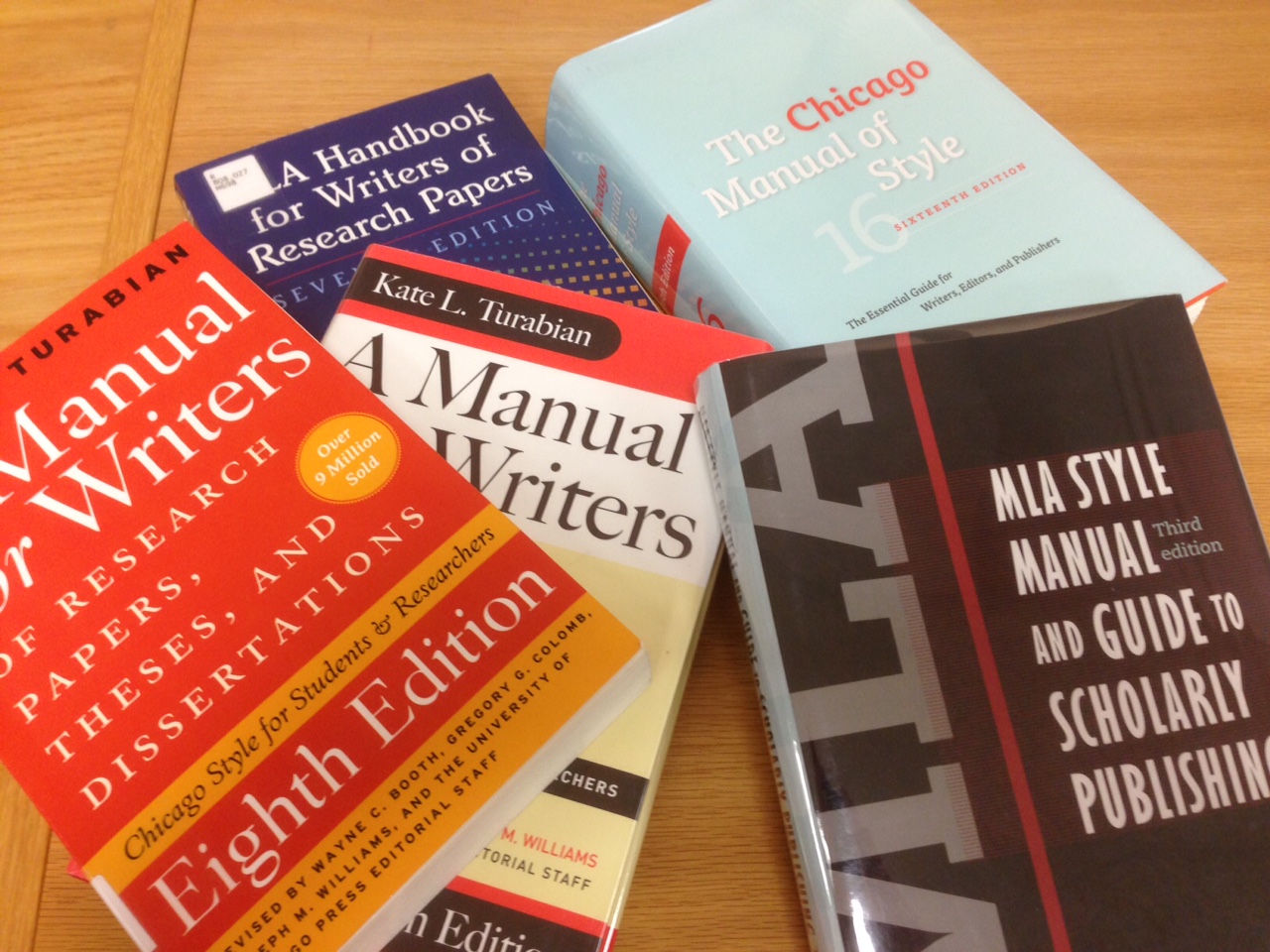 A style guide, or manual, provides direction on all aspects of the writing process, from the ethics of authorship to the word choice that best reduces bias in language.

Many academic disciplines have their own style guide. Some journals even have their own specific style. Ask your professor what style he or she wishes you to use for your paper/project.

These guides offer guidance on choosing the headings, tables, figures, and tone that will result in strong, simple, and elegant communication.

For more information, see the individual tabs for specific styles here, or use the printed style manuals shelved in the library's Research Commons.

Zotero is a citation manager and an extension of the Chrome web-browser. To learn more about Zotero take a look at the Quick Start Guide.

From the Southwestern University Student Handbook:

"Plagiarism is the submission of another's work as one's own without acknowledgment in the written work.

There are basically four ways in which research papers use or incorporate written materials, and each of these requires footnoting.

1. Direct quotations should be marked off with quotation marks, with a footnote to indicate the source.

It is not necessary to place in quotation marks every word in your paper that appears in a source you are using. If your paper concerns Napoleon, for example, you need not place "Napoleon" in quotation marks merely because your sources use the name. Similarly, there are phrases of some length such as "on the other hand" or "it is evident that" which are common property and act in effect as single words.

2. Paraphrase. Where your own language follows closely the language of a written source, or where your line of argument follows a source, you need not use quotation marks, but you are obliged to indicate the source in a footnote.

3. General indebtedness. Where the ideas in your paper closely resemble and were suggested by the ideas in a source, a footnote should be used to indicate this.

4. Background information. In any area of inquiry there are matters of fact commonly known to everyone with a serious interest. Such information need not be footnoted one fact at a time. Instead, a general footnote toward the beginning of the paper, naming the sources where such general information was obtained, is sufficient."

There are many other types of academic dishonesty, including, but not limited to, cheating on tests, providing answers to test or homework questions to another student, stating false attendance at a required event, falsifying academic records, submitting work done in one class for credit in another class, and claiming work done by others as your own.